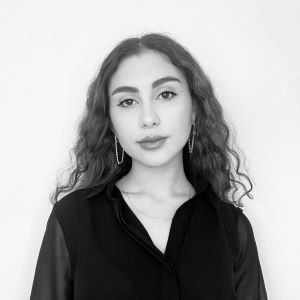 ​It is with utmost pleasure that I welcome you to this year’s BERMUN XXXI Disarmament Committee!

This year’s conference theme is Peacebuilding, which aims to resolve all types of conflicts in nonviolent ways and to transform the structural conditions in order to establish peace within nations. It is incredibly relevant to the two main topics of our committee: “Managing the international weapons trade” and “Disarmament and armament in peacebuilding.” Peace cannot be sustained in an environment fraught with weapons. Throughout history, poor management of weapons trade resulted in an environment that in many cases increased the extent and deadliness of armed conflict, limited economic prosperity, and contributed to human rights abuses. In this context, disarmament has become a key part for a secure and peaceful world as arms control has helped prevent and end crises. However, armament has also been utilized by the member states for peacebuilding purposes and, in certain circumstances, is seen as essential for collective security. In armed conflicts, states must arm and defend themselves to counter offensive weapons that are wielded by the aggressors. Thus, a debate on measures for disarmament and the input of the delegates is called for to tackle these issues.

It is my greatest honor to serve as your chair for this year’s conference. I’m currently a senior at the American School of Warsaw and am originally Turkish. Although I have spent most of my life in Turkey, in a short period of time Warsaw became my second home. Throughout my eight years of MUN experience, I’ve had the honor of participating in more than twenty conferences in a variety of roles. Additionally I had the privilege of debating topics of all sorts in various committees in which I met people that shared views similar to my own in regards to discussing and acknowledging global issues that affect us all. Besides being passionate about MUN, I enjoy reading, windsurfing and listening to music. I look forward to meeting all of you!